skip to main | skip to sidebar

I think circular TAXIWAYS made more sense. Thevideo shows just how easy it is to make a wing/engine strike. And in turbulent/windy/freaky conditions, the pilot would have to constantly adjust during the banking turn. I have a hard time in a simulator on a straight runway (and apparently some pilots do too in real life).. what more one that requires you to make a banking turn..

...and just how do you do a crosswind at the moment of touch down? Just imagine a sudden crosswind during touch down and the rudder turn right after that would have to be huuuge to compensate for the xwind + runway bank + runway radius...
Posted by HJ at 2:05 AM No comments:

"This 3D game has been developed in the context of an international, aviation safety research project (http://hcilab.uniud.it/aviation), aimed at exploring possible new approaches to safety education. The game reproduces the experience of real-world aircraft emergencies from the passenger’s viewpoint, with the highest fidelity allowed by today’s mobile devices.

In each virtual emergency experience, the player can try first-hand right and wrong actions that a passenger can take, and see the positive or negative consequences those actions have. Your goal is to take all the right decisions to come out from the plane unharmed as fast as possible.

The game also offers the option of publishing your best evacuation results on world leaderboards. The different levels of "Prepare for Impact" depict major types of emergencies, such as in-flight decompression, ground collision, runway overrun, water landing, and crash landing.

Moreover, they are able to simulate the different threats that can make aircraft evacuation more complex, such as fire, smoke in the cabin, water, unusable exits, and others. "


I chanced upon this. Doesn't help my flying anxieties at all, but I guess there is some 'edutainment' in safety briefing and escape simulations out of tight spots and also prepares for the 'drop everything and get out in the safest manner as possible" in the form of a timed score.

So while having some time to myself and flying around KSFO (San Francisco International Airport) region I thought to myself; is there any significance to using KSFO as a default airport for Flightgear?

Although there is not any official reason as to why KSFO was chosen as its default, here's what I got when I asked & searched around:There are probably some requirements for an auto-startup airport to make a good impression to newbies in flight sims, which is having good scenery of built-up airports, city objects, great landscape features.


KSFO, or San Francisco International Airport in San Francisco, easily meets just such requirements. Surrounded by hills on one side, and a water feature (bay) on the opposite end, and some buildings and bridges. So no matter which part on the runway you spawn, you will see some features and details as visual eye candy. KSFO also offers some fairly advanced challenges for relatively new users, such as having terrain & structures to avoid during take off or landing, but still has the open water landing approach perfect for people attempting their first landing. 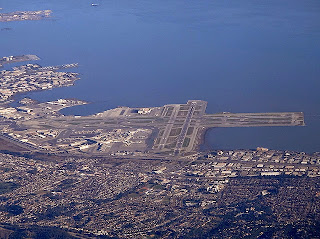 A short flight into the skies and a few turns in the correct direction and the world famous Golden Gate bridge will greet the new user, piquing his or her interest to go closer for a look, and there's also the famous Alcatraz island and various other landscapes / structures to buzz around and experiment with flying. 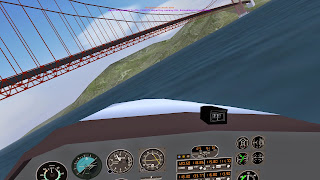 And once the user gets the hang of it, start flying to the other plentiful nearby airports around it, like KHAF (Half Moon Bay) or KOAK (Oakland International) both of which are just a really short hop from KSFO. 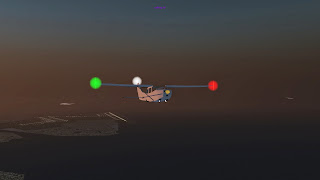 So, KSFO as single auto start place is a very good choice, for the first time users to experiment, and the place is literally full of other airports and airstrips to go to all within a short time.


What about MSFS's Meigs Field? 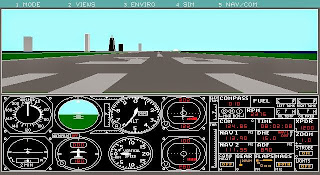 I don't know if you're old enough to remember the first few versions Flight Simulator, or even the Meigs Field, but the original MSFS's startup airport uses Meigs as its default starting airport.

Although there wasn't an official reason ever provided by Bruce Artwick, the creator of the original Flight Simulators in the late 70s & early 80s, people surmised that Meigs was chosen partly because Bruce was from Chicago, and also Meigs is a very beautiful airport jutting out into the lake surrounded by a marina with boats, yatches (although none of those are depicted in the original simulators) and world famous buildings.

In fact it was probably a no brainer choice as the default back then, as upon startup on Runway 36, the first recognizable thing you will see after take off is Sears Tower and the John Hancock Center, and with nearby Chicago O'Hare International Airport & Midway International Airports to fly to. 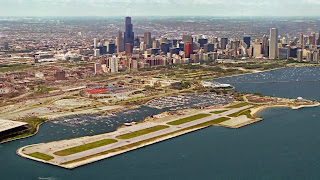 It was a beautiful airport, but alas it didn't last. In 2003, the through a combination of some political madness, some post 9-11 panic and other reasons unfathomable to me, the Mayor of Chicago destroyed the airport by bulldozing the runway with large X's on it, even stranding some planes that are still parked the airfield. 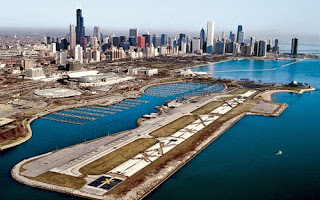 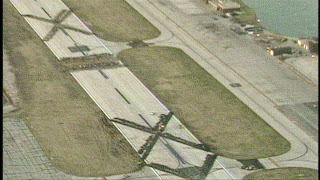 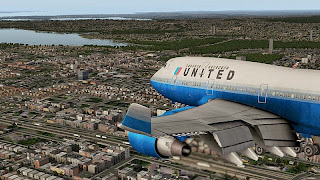 Well I can't find any info on why KSEA was chosen as the default start up airport in X-Plane, but it was a nicely detailed, nicely modeled airport, with an odd runway that slopes upwards so your horizon is shortened quite a bit. The scenery in X-Plane is also odd in that it comes with "built-up" data generated at random based on how the roads are and how likely a buildings are placed.

Because I only had the X-Plane demo for a while, I don't know too much about X-Plane other than I love the demo, it has great visuals especially the lighting.

X-Plane apparently also changes their default every version. In version 9, it is at LOWI - Innsbruck, Austria. In version 8 it was at KSBD - San Bernardino, California, USA.
Posted by HJ at 7:26 PM No comments:

Worst Places to be a Pilot

I just saw this on youtube, and I'm hooked..


Slight note : The way some of these pilots are treated (essentially living in luxury in one of the vids), I'm not sure if that title holds up well....... but of course it's most dangerous places to be flying that's for sure..

Air Traffic Flying Around Storms Near a Busy Airport

What happens when thunderstorms hit the world's busiest airports, how the planes fly around storms and go into holding patterns can be seen clearly.
Posted by HJ at 10:22 PM No comments:

Boeing's "Rehearsal" video That climb was 45 degrees, holding it for about 5 seconds and then a negative-G back to level. That, for an airliner is very impressive. And the 60 degree bank! For most airliners 60 degrees would most definitely upset the turn. Another maneuver is the touch n' go with a banking climb, which was eventually banned! Airbus 350 doing the "combat climb". The steep climbout is way shorter, and it turned to its right. No negative-Gs.
Posted by HJ at 6:38 PM No comments:

The Walker is sort of an add-on for FlightGear that allows a "person" to get in and out of the aircraft and walk about. Hence the "Walker" name. The latest version of Walker has some options, mainly to add accessories such as a flight helmet and shades, or change gender or theme (mechanic, pilot, flightsuit etc.).

To install the Walker, download it from here and simply unzip the Archive to your fgdata/Aircraft/Generic Folder.

To add the Walker to your Aircraft (you must do this),  replace the
Posted by HJ at 8:25 PM No comments:

The Cessna 182RG in Flightgear is an old model, (as in, from the older versions) and it shows, if only in the cockpit. The interior & cockpit is a bit on the sparse side, but most of the instruments are there, it's flyable and very usable. Be warned that the 182 fixed-gear version has some problems in its FDM. In short, the RG is a better, and actually for me, a joy to fly with.

To download the RG, you will also need to download the fixed gear version so they would work. It took me quite a while to figure this out... 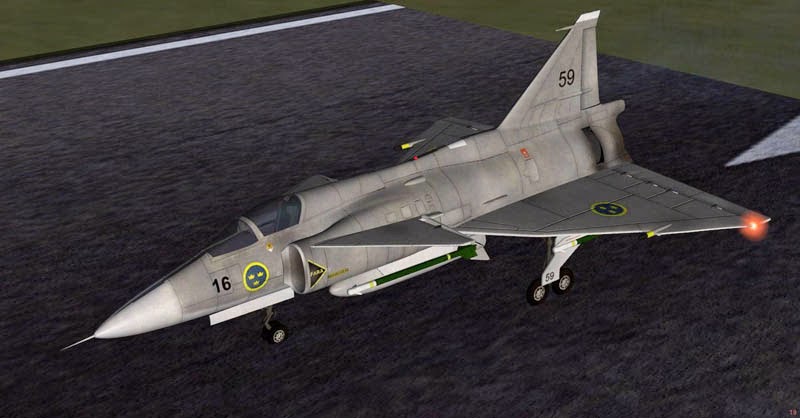 I've been a test pilot for the Saaba JA-37 Viggen lately. The plane is made by Anders Lejczak (3D model & textures) and Nikolai V. Chr. (Aerodynamics, animations, sound, effects, HUD, coding), and can be downloaded here.

Now have to bear in mind this plane is under development, and I probably don't make a good test pilot. 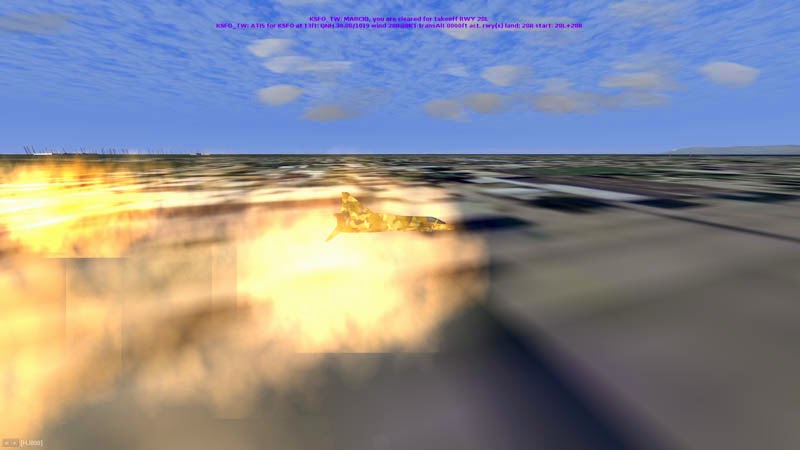 Testing is done at KOAK, and embarrassingly, I never really left the airport compound and poked three holes in the area.

So, a little about the plane, for the brave souls who would like to try it out. First off, I wasn't able to control it with a keyboard, I'm sure others have better luck doing so, but the developer did recommend it would be better with a joystick. It requires a long runway, and afterburner takeoffs are recommended.

Being in development there are some minor issues with it, such as afterburner sound stuttering and all, hoping that it would eventually be fixed.

UPDATE : 30th May 2014 - I found the reason why I can't fly it. With a keyboard, the "5" key to reset all controls to center is not there, and because there is also no standard HUD I am not aware the plane controls doesn't reset when I hit "5" on the numeric pad. This explains why the plane is unflyable, as I kept thinking I had reset the controls. (It didn't help that the jet gave impressions that the center key was pressed when I do so mid-turn). Once I found out, and flew with a mouse, the plane was actually completely flyable. I contacted the author of the FDM about this and he said it's been fixed in a new version. I will try it out and blog about it.

While the FDM is being sorted out (I'm confident it will be), I will talk about the model. It's a nice model, with nice livery, you have two sets of livery with it, one is the standard gray (I can not remember the names of the liveries!) and the other has a nice camouflage scheme that I quite like. The HUD is standard, showing altitude, attitude indicator and angle of attack, but I can not say how accurate this is to the real jet though, because I hardly know about Saab JA-37 Viggens. The cockpit is a bit sparse at the moment, but all the necessary items for flying are there to use, and with the radar screen(?) in the middle like all jet fighters should have.

I feel I should write about crashing it because I am already an expert. I don't know how others fly it with a keyboard, but I can't, and the jet seemingly won't respond to my key commands. So I just lose control and crash into the ground. The crash not only have an explosion sound effect, it also has the pilot gasping his last breaths. Hmm. Becaue I am an expert at crashing the plane, I came to dread hearing it .  My last few flights, when losing control and about to crash, I just pause and quickly reset it. Didn't want to hear another pilot getting killed :) .
Posted by HJ at 8:56 PM No comments: 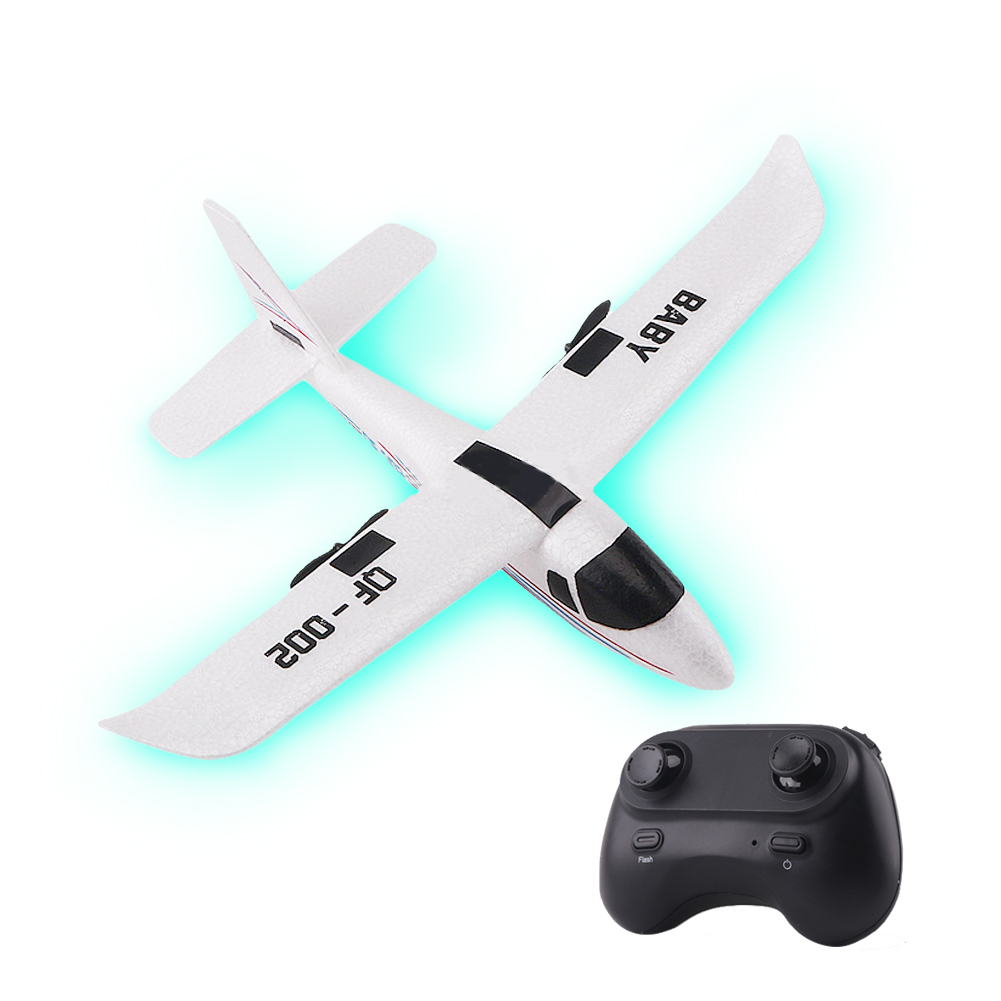 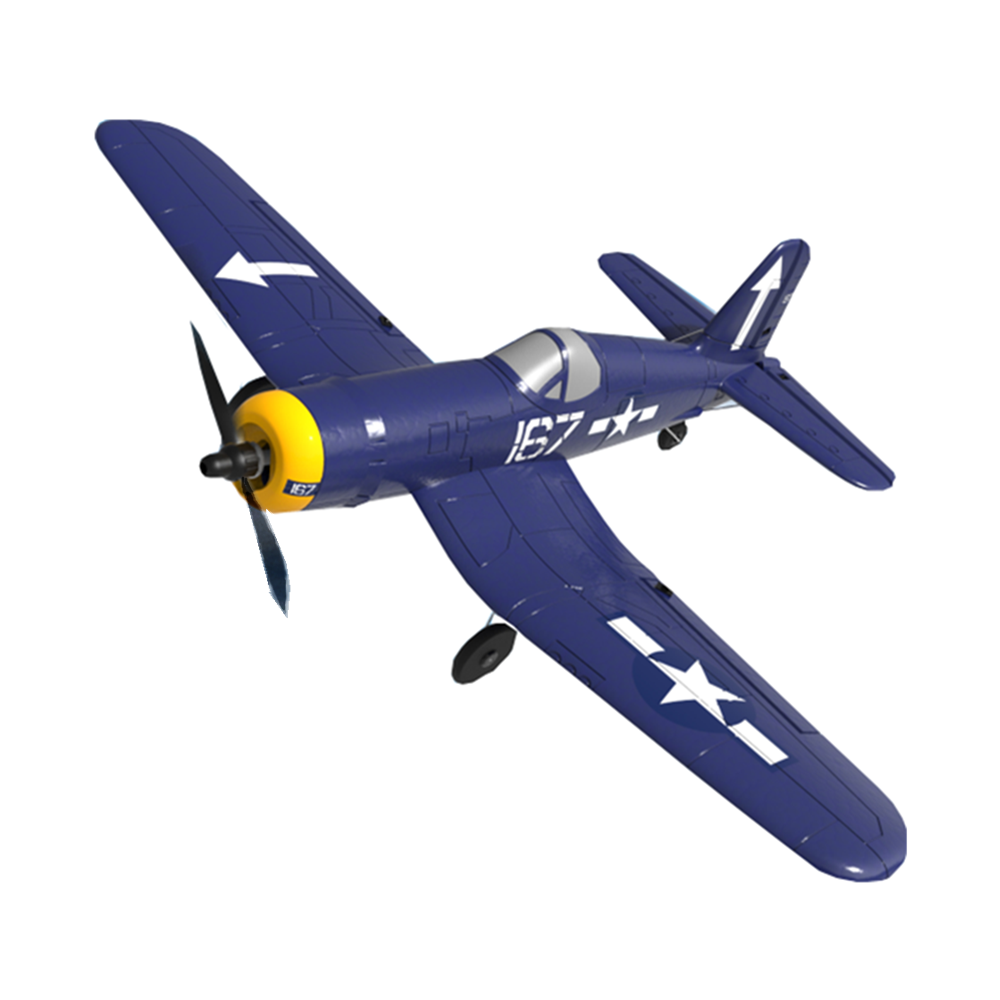